In the developing embryo, the alpha-1 and alpha-5 laminins are the first extracellular matrix proteins to be expressed. Laminin 111 is mostly expressed in extra-embryonic basement membranes and stimulates cells to commit to differentiation. Contrary, laminin 521 and laminin 511 are expressed around the stem cells in the inner cell mass and support survival and self-renewal of the pluripotent stem cells (Domogatskaya, 2012; Rodin, 2014a). The alpha-5 laminins are also produced endogenously by human pluripotent stem cells (hPSC) cultured in vitro and are critical autocrine and paracrine factors that regulate their survival and self-renewal (Laperle, 2015).

Human recombinant laminin 521, Biolaminin 521 LN (LN521) is a chemically defined and animal origin-free system for robust, long-term expansion of human pluripotent stem cells. It successfully replicates the genuine human stem cell niche in vitro and thereby provides a highly reliable and reproducible culture system to create sufficient populations of undifferentiated cells that, in turn, can be terminally differentiated (Rodin, 2014a).

Human ES and iPS cells grow as a monolayer on LN521, providing you with homogenous, high-quality cell culture (Rodin, 2014a). Compared to conventional colony passaging, hPSCs can be cultured on LN521 to high confluency without risk of spontaneous differentiation and there is no need to clear the culture from unwanted, differentiated cells (Rodin, 2014a; Rodin, 2014b).

LN521 has a strong interaction with the α6β1 integrin, a key mediator of signaling pathways that regulate, survival, proliferation, migration, and differentiation. LN521 binding to the α6β1 which induces the PI3K/Akt signaling pathway which in pluripotent stem cells promotes survival and efficient long-term self-renewal (Rodin, 2014a; Rodin, 2014b). Activation of integrin α6β1 by alpha-5 laminins has also shown to regulate focal adhesion kinase (FAK) signaling in hPSCs and disruption of this pathway results in hPSC differentiation (Villa-Diaz, 2016). Laminin 511 binds the same integrin but the α6β1 integrin mediating effects of laminin 521 is much stronger than that of laminin 511 which results in more robust hPSC expansion on laminin-521 (Rodin, 2014a).

A flexible culture system that is easy to control

Due to the authentic biorelevant signals provided by the culture matrice, LN521 is a flexible culture system. LN521 works with most commercial media and hPSCs can routinely be cultured as single cells without the need to add apoptosis inhibitors, such as ROCKi. Since laminin efficiently buffers endogenously produced growth factors, LN521 also performs well together with growth-factor reduced media (Rodin, 2014a). The biorelevant support provided by the LN521 matrix also has a protective effect against DNA damage caused by suboptimal culture conditions, such as high-density culture and pH changes (Jacobs, 2016). This allows for weekend-free feeding, drastically reducing workload, time, and cost for growing your cells.

With support from the LN521 matrix, cells can be passaged in very low cell densities and can be cultured to high confluence without phenotypic alterations (Rodin, 2014a; Rodin, 2014b). LN521 also supports efficient clonal culture and is an excellent substrate for iPSC reprogramming (Uhlin, 2017; Tano, 2014; Lu, 2014). Clinically compliant human embryonic stem cell lines can even be derived from a single blastomere and there is no longer any need to destroy the embryo (Hovatta, 2014; Damdimopoulou, 2015). Importantly, culture on LN521 primes the hPSCs and gives more efficient differentiation and enhances cell maturation, polarization, and organization (Cameron, 2015; Penton, 2016).

A detailed step-by-step protocol for secure transfer from feeders, true clone generation and expansion of hPSCs, and freezing and thawing as single cells on LN521 has been published by Rodin et al. The authors also provide data around critical steps and reagents included for easier handling of more difficult lines and a useful troubleshooting guide (Rodin, 2014b). 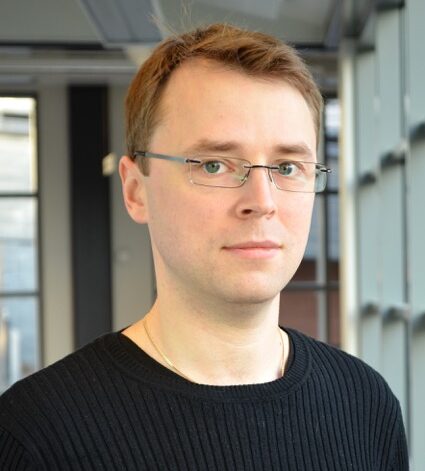